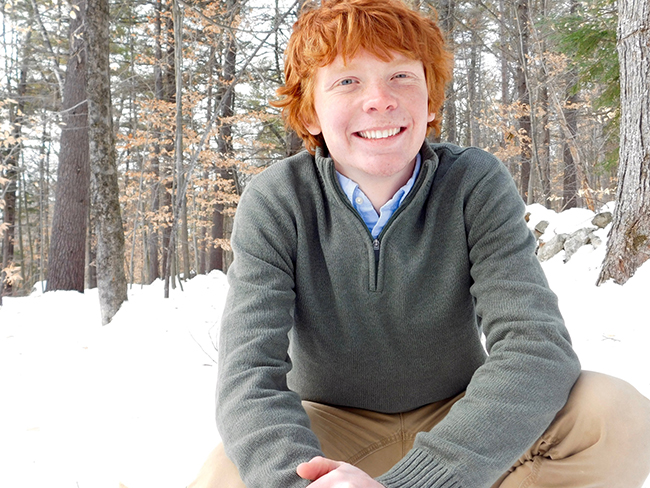 In exactly 8 days I will walk up onto a stage, receive a slip of paper, and leave my high school class behind forever. I’ve been with most of them for 13 whole years and a student in the Gilford School District for 14 (I didn’t quite get Kindergarten the first time). Over the course of that near decade and a half, my peers and I have established and built upon our own unique identities as human beings. We have forged relationships, learned about ourselves and the world around us, and developed into young people more or less ready to embark onto greater things.

For me, a significant part of this ever evolving identity has always been my status as a Jew. There have been times that have made me feel important and special like those in elementary school when I have taught my classmates about the significance of High Holidays or how to properly spin a Dreidel and others that are not so nice. Like having unfair stereotypes pointed out in the way that only cruel middle school cliques can. I have both connected with and felt unstoppably supported by the community at TBI and experienced sensations of helplessness and devastation when I have learned of the bitter hardships faced by countless men and women for the sole reason that they identify as a Jew. I understand how a scapegoat works and have felt jealously like any other human being but I will never comprehend how one person can hate another so deeply on the basis of religious belief.

Personally, I value diversity and think being Jewish is kinda great. I mean, we literally have a holiday dedicated to frying things in oil and gambling and there is no such thing as a gathering of Jews without delicious food. Our culture has survived for millennia, producing some of the greatest intellectual and humanitarian minds that the world has ever seen. Next time you sit down for a Passover Seder, try to remember that Louis Brandeis, Albert Einstein, Sandy Koufax, and Jesus all made it through the whole thing so you can too. I did a little reading online and according to Forbes, you are a more than 100x more likely to become a billionaire if you are Jewish. We only make up .2% of the worlds population but take up an unprecedentedly large portion of its history.

Being Jewish comes with high standards but I hardly feel any pressure. Sure, I want to succeed, but after a few long years in hebrew school, I now know that that can be taken a few different ways. The only real guidelines are those of morality given to us by the Torah and through study of Jewish tradition. Basically as long as you adhere to justice and are a good person, you’re in the clear.

Overall, I am very proud of my Jewish heritage and thankful that I grew up so close to a synagogue. Temple B’nai Israel truly is an oasis in the cultural desert that is northern New England. Sure, we may not be the most traditional or observant synagogue, but I wouldn’t want it any other way. The members of this temple have taught me right from wrong, to fight for the good in this world, and most importantly, how to be a Jew. I feel empathy for my fellow man regardless of his culture and will never be a bystander as I know how that can end. From the first time I walked through the front door I have never ceased to be reminded of how much people can accomplish when they treat each other with love and respect. To the younger members of the congregation who have not yet been bar or bat mitzvah’d I say that it is 100% worth it and to keep coming to Hebrew school and Friday night services. Judaism is part of you and nothing but good can come from it.

I would like to say thank you to my various teachers, tutors, rabbi and all of you at TBI who have made the past years of my life special for one reason or another. I appreciate it more than you could ever know.