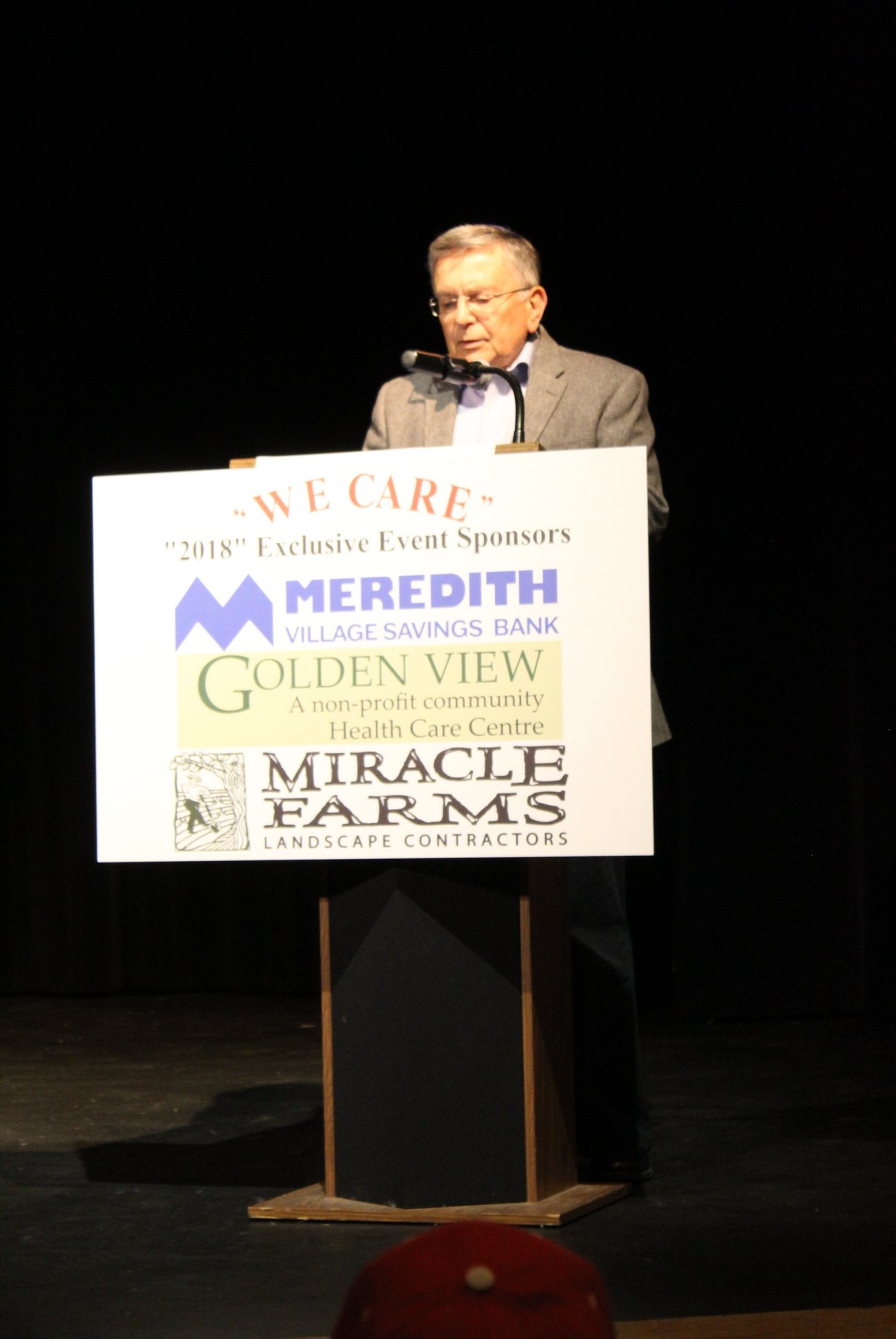 As we enter the spring months, we also set out on a journey of Jewish holidays rich with historical and spiritual meaning. Last month, in the midst of some of the coldest temperatures of the year, we celebrated the holiday of Tu Bishvat—The New Year of the Trees—a reminder that even though spring may seem a long way off, it really is on its way. One of the lessons of Tu Bishvat is that our actions and behavior have bearing on the world around us. We can make deserts bloom, or we can make forests disappear, and rivers run dry. Both are in our power. The choice is ours.

Purim and Passover carry this idea onward, but now applied not to the world at large, the world around us; but rather to us, ourselves: Us as Jews, members of one of the oldest, most luminous and vibrant civilizations still extant today, the Jewish People.

The message of our spring holidays is that we can either let ourselves fade and disappear, or we can reaffirm our identity, and go on turning into reality the visions and purposes entrusted to us more than three thousand years ago.

It’s always been up to us: To be—or disappear.

And yet, as a people we’ve always chosen to persist. At Sinai our ancestors proclaimed—even before they had heard even one of God’s Commandments—Na’aseh v’nishma! “We shall do, and we shall hear.”

In Persia, a thousand years later, led by a woman named Esther, the Jews stood up yet again to affirm and defend their identity.

The wonders and miracles we celebrate at Passover were God-made. In contrast, the story of Purim leaves out any mention of God at all, as if to remind us of the power of our own deeds.

Rather than yet another story relating God’s wonders and miracles, Purim pivots on the courage and selfless heroism of its human protagonists, Esther and Mordechai.

Just as there are differences between Passover and Purim, so there are also some pretty clear parallels. For one thing, both celebrate a narrow escape from extinction. Words spoken both by Pharaoh and the evil Haman resonate as though coming from one mouthpiece. They both express hatred and fear; they both propose the same hateful conclusion—that exterminating the Jews was the only way to rid the world of what they saw as excessive Jewish power and influence.

Whether through divine or human intervention, both times, the plot against the Jews failed.

But that has not stopped others from trying to reach the same goal.

Today, less than even one lifetime after the Holocaust, we see yet again a steep rise in anti-Semitism. The statistics are frightening: In France, the government reported a 70% rise in anti-Jewish acts as compared to last year. In Germany, 60%. Assaults against Jewish groups and individuals have intensified. Jewish cemeteries, synagogues and businesses have been defaced.

In Ukraine, a huge Nazi flag was unfurled in the middle of a central mall in the capital city of Kiev.

In the United States, long a safe haven for the Jewish People, even after the Pittsburgh shooting that left 11 Sabbath worshippers dead, anti-Semitic tropes can be heard openly in speeches not only of sworn anti-Semites like Louis Farrakhan, but also in snide, hate-filled remarks made by newly elected members of the United States Congress such as Ilhan Omar and Rashida Tlaib.

After claiming in January that Israel has “hypnotized” the world, Congresswoman Omar continued her attacks last month by saying, “It’s all about the Benjamins, baby.” Benjamins as in Franklin, the face on 100-dollar bills. The not so subtle reference was to money that AIPAC, the pro-Israel lobby, supposedly pays U.S. Senators and members of Congress for their support of the State of Israel.

Hush money, power and influence wielded by Jews behind the scenes is a known and vicious anti-Semitic trope.

Though she was criticized for her words, and though she backtracked somewhat, Rep. Omar persisted, intimating that American Jews had split or dual loyalty—a charge as old as the Exodus story in the Bible, and one that has often led to violence against Jews.

They are only words, and words are protected by the First Amendment. Yet there is no mistaking the sentiment behind these words. There is a name for it.

In political activism on the campuses of American colleges and universities, of all the issues that the world urgently needs to address, the focal point today is Israeli Settlements in Judea and Samaria, the so-called West Bank, and the supposed oppression of the Palestinian Arabs. It’s a political discussion, one that should be open to all. This is, after all, America, still a democracy last I checked.

And yet, just because they are Jewish and therefore possibly, potentially, pro Israel, Jewish students find themselves—as a group—ostracized, silenced and excluded from these discussions.

BDS—the boycott, divest and sanction Israel movement—claims to target Israel’s government, yet its supporters are deafeningly silent about gross human rights abuse in—among others—Myanmar, Lebanon and Syria, not to mention China, Russia and, not least, in Iran, where they hang gays or throw them off rooftops.

When only Jews are demonized as a group, there is no mistaking the motive.

When only Israel is targeted—Israel, the only democracy in the Middle East; the only country in the world that is a member state of the United Nations, and yet whose very legitimacy is questioned; Israel, whose existence is under daily threat and attack—then this isn’t only about Israel. It’s about Jews and the only Jewish State in the world.

And all this regardless of the obvious lies that these attacks embrace and embody.

But back to our spring holidays: Purim and Passover.

On Passover, we speak of the might of God’s arm. Purim, on the other hand, reminds us of our own power and strength. As far back as 400 BCE, in the Biblical Scroll of Esther, Mordechai tells his niece, Esther, that hiding is not only pointless, but also that it only serves to strengthen the enemy.

The Purim miracle of Jewish survival was made possible by people who chose to rise, affirm their identity, and defend themselves.

In America, thankfully we don’t need to take up arms to defend ourselves. The Constitution is here to protect all citizens, regardless of race, gender or religion.

The Constitution also protects our freedoms of speech and assembly, including the freedom to say hateful things. As long as words don’t turn into actions.

But we know too well the power of words. Words of hate can easily ignite and turn into violence. Only a fine line separates between words and actions, and it’s a line we all have to watch very carefully.

To view the holidays of Purim and Passover as merely “religious” in context is short-sighted. Yes, they are about the fast bonds that exist between us and God. But they are also about us the people, and the ties that connect us to one another. As much as Purim and Passover are feasts of thanksgiving, so do they also tell us much about our identity as Jews, members of an ancient and proud people, often under attack yet somehow able to withstand and flourish nevertheless. Being Jewish has always been more than just about prayer and services: it’s about what we do. Through family, business, education, medicine, art and culture, our goal is, and always has been, making the desert bloom.

Our purpose has always been to create a better, safer environment for all the world’s inhabitants.

At the same time, however, the holidays have lessons to teach us about survival in a world filled with—infested with—ignorance, fear and hate.

Jewish survival, we are reminded, is as much up to God, as it is our duty to ourselves and to one another.

We witness and we support the good works that Jews and the Jewish State, Israel, do around the world. This kind of work is not limited to medicine and high tech, two areas Israel is well-known for. Natural disasters such as earthquakes, hurricanes and floods result in an immediate spike in money donations—much of it from Jewish benefactors. But it isn’t even only about the money (“the Benjamins, baby”). It’s evident in the volunteers, in the field hospitals and caretakers that Israel sends to help the injured. It’s in the agricultural, water conservation, and green energy assistance given to developing countries. It’s in the political and legal work we do to bring freedom and justice to the impoverished, to those who are discriminated against, to those who are falsely accused and unjustly imprisoned. The list goes on and on.

The common saying, repeated in all good fun, is that Jewish history is all about “They tried to kill us, they failed, let’s eat.” The truth, of course, is more complicated than that. “They” didn’t fail just like that. It took a lot of effort and sacrifice. Sometimes survival was due to miracles brought about by God; but at other times it was due to our own deeds: Through Jews rising to the tasks of affirmation and self-defense, through law, diplomacy, and—as Israel has had to do on all-too-many occasions—also in battle.

We’ve been doing that for more than three thousand years now, and the proof of our success is that we’re still here. And after all of that, we realize now that all it ever took was faith, strength and courage, as well as fantastic, unbelievable determination to keep it all going.

And that’s what our spring holidays are really all about. Good food and celebration—yes! But they are also about affirming what it means to be Jewish, and what it takes to remainJewish, despite all odds.

May we be inspired by our spring holidays to continue upholding our Covenant with God, and to carry on our sacred duties to our people and to the world around us.

May God grant us all strength, and may God bless all good people with peace.