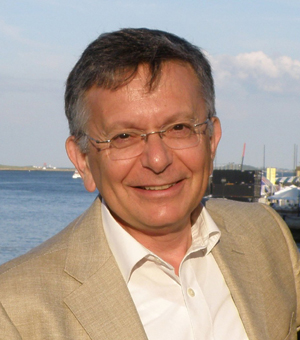 RABBI HEILMAN”S MESSAGE:
Shalom chaverim (friends),
As we enter the last part of our temple year, we have celebrations and commemorations to observe. Some of these are happy, others less so–but all are meaningful and important. It’s interesting to note that the Torah commands us to “remember” (zachor) both that which is holy–Shabbat–and that which is evil–Amalek. Amalek was the name of the tribe that attacked the Israelites as we were wandering in the Sinai Wilderness, targeting the rear of the camp, where the tired, the weak and the sick were struggling to keep up. The commandment to remember evil is particularly important today, in light both of the Holocaust and the rise in anti-Semitism that we are currently witnessing.
This Shabbat we will reflect on these evils. Yom Ha-Shoah (in Israel, we use the full name of this commemoration, Yom Ha-Shoah v’ha-G’vurah, Day of Remembrance of the Shoah and the Heroism) this year falls on May 2. At services on Friday night, instead of the usual Torah reading, we will have a short Yizkor service in memory of the six million who perished in the hellfires
of the Holocaust. This weekend we are happy once again to host Noam, the shlicha from Israel
to New Hampshire. Noam will participate at the Friday evening services and will also offer our Lunch and Learn adult ed program on Saturday. Noam’s program will focus on “Israeli Conflicts Through Music,” and she describes it thus:
Let’s dive into Israel’s internal conflicts, the subjects that touch millions of Israeli hearts,
through the hit song by Hanan Ben Ari – “Wikipedia.” 1 hour 15 minutes – program and discussion
We know quite a bit about Israel’s conflict with her neighbors, but in the United States we know much less about the internal conflicts, whether political, religious, social or national. Noam’s program should shed light on this important topic, and I hope you will take advantage of her beautiful voice and enlightening perspective. Sunday at Religious School, Noam will once again meet with the children, and then we will return to our year’s end project, summing up the book we
have been reading and discussing, The Mystery Of The Coins. This project will be presented to the Congregation at our annual meeting on May 19th.
I look forward to seeing you this weekend.
Rabbi Boaz D. Heilman

The tragic and terrible shooting at the Poway Chabad has left us all devastated yet again. This is a time of mourning for the Jewish community all over the world, not only in the United States. We mourn not only the tragic death of a Jewish woman who came there to celebrate Shabbat–and no ordinary Shabbat, but also the last day of Passover. Passover celebrates the birth of the Jewish People; an attack on a Jewish Synagogue during this holiday is an attack against the entire Jewish People.

We mourn whenever a Jew is attacked by anti-Semites. An attack against one of us is an attack on all of us.

We mourn for the lost innocence of our generation, a generation that by and large did not know anti-Semitism. Now we do. It’s here, in America, as it is everywhere else around the world.

This is a time of mourning. Perhaps we should also find some time for reflection on the meaning of our Jewish existence, and what we owe ourselves and our People. “Never Again!” has been our motto since the Shoah, the Holocaust. Now we will have to consider what that means for us today, and how we can better ensure that IT doesn’t, ever again.

May the memory of the righteous be a blessing. 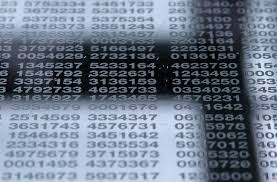 The Winni Players Community Theater sponsored by TBI and But the Giraffe Holocaust Education Project will present its annual Holocaust Remembrance staged reading on Thursday, May 2nd at 7 PM at Temple B’nai Israel.
This year’s selection is Peter Sagal’s ‘Denial’, a contemporary play that focuses on the inexplicable phenomenon of Holocaust denial. In a courtroom setting,two lawyers and their clients explore, via legal battle, issues of history,
memory and free speech, and demonstrate the awareness that the stories we tell about ourselves often define who we are. No charge for this event that is open to the public, but donations for the Winni Players Community Theatre will be accepted at the door. Refreshments will be served and a discussion led by Rabbi Boaz Heilman will follow.