Many people think of bagels when they think of traditional Jewish foods.  Now, along with the deli meat sandwiches, pickles, knishes, latkes, strudel, rugelach and other bakery goods, the NH Jewish Food Festival at Temple B’nai Israel will offer packages of six bagels, made from scratch, by the locally owned and family run Winnipesaukee Bay Gulls, located in Gilford and Moultonborough.

“It was a natural fit” said TBI fundraising chair Stu Needleman.  “When our new logo was redesigned we realized the need to include bagels in the offerings of the NH Jewish Food Festival.”   The owners of Winnipesaukee Bay Gulls, Craig and Magdalene Roeder were happy to partner with the NH Jewish Food Festival and expand upon their dedication to the Lakes Region Community.  The Roeder’s believe in supporting the local community and do so in many ways including fundraising programs at two area high schools.

If you want a full array of homemade Jewish foods to eat right there under the tent or to take home prepackaged, plus for the first time, fresh bagels at Food Festival special prices from Winnipesaukee Bay Gulls, then plan now to be there on Sunday, July 14th, 11:00 a.m. to 2:00 p.m., on the temple grounds at 210 Court Street in Laconia.  Several different bagel varieties will be available for purchase at the bakery table along with the large variety of homemade baked goods.

All questions may be directed to foodfestival@tbinh.org. 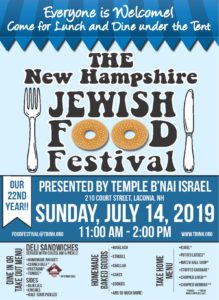 Thank you to all of our 2019 sponsors that enable Temple B’nai Israel to hold ‘We Care’ concerts and events to raise money for local non-profit organizations that make a difference for our Lakes Region Community! 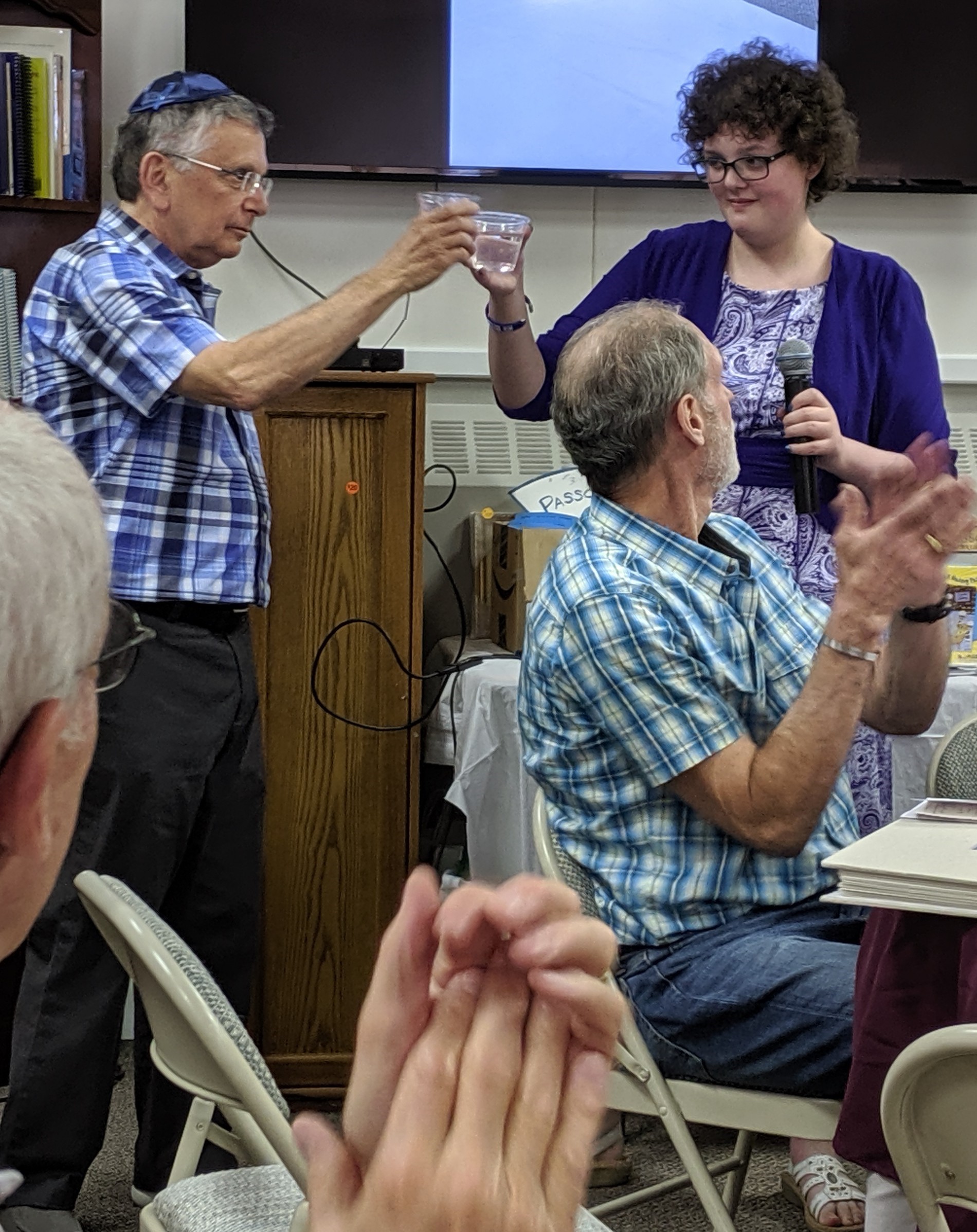 Temple B’nai Israel of Laconia will see major change in the coming year with the passing of the gavel from Marsha Ostroff-Rines to Ira Keltz, newly elected president of the Board of Trustees and a new resident of New Hampshire, arriving in Laconia from Michigan just last year. Ms. Ostroff-Rines stepped down after having served as president for the last eight years.  Her commitment to TBI will continue as a past president on the board and she looks forward to spending her time helping with the many aspects of temple activities, which will include welcoming Rabbi Dan Danson who has been hired to fill the vacancy left by Rabbi Boaz Heilman.  Following the annual meeting on Sunday June 10th, a farewell luncheon was held honoring Rabbi Heilman as he, along with his wife Rabbi Sally Finestone, begin a new chapter in Colorado.

This was a joyous, yet sad and bittersweet farewell, with a tribute to a man whom the congregation claimed as “our beloved TBI rabbi, our resident ‘mensch’ in the Lakes Region.” Everyone felt that New Hampshire’s loss is Colorado’s gain.  The accolades came from outgoing TBI president, Marsha Ostroff-Rines who praised Rabbi Heilman’s dedication to the entire congregation.  Gary Broom, second vice president, spoke eloquently and with sincere emotion, his voice often breaking, as he thanked Boaz for being more than a rabbi, but a friend as well.   Rev. Judith Wright, representing the Unitarian Universalist Society of Laconia, thanked Rabbi Heilman for reaching out into the community and sharing his warmth and spirit.  The final tribute of the day was a musical salute to Rabbi Heilman, performed by congregant Dr. Mark Aronson, a parody of Paul Simon’s “Mrs. Robinson”:

And here’s to you, Boaz Heilman, Moses loves you more than you will know:

God bless you please, Boaz Heilman, Heaven holds a place for those who pray.

At the time of his installation on November 14, 2015, Rabbi Heilman was “following his own path” as reported in The Laconia Daily Sun on November 17, 2015.  The article by Michael Kitch entitled “Passing the Torah” followed Rabbi Heilman’s path “from Israel to America and back again, where he has left his mark as a pianist, teacher and medic with the Israel Defense Forces while slaking an appetite for hiking and honing an eye for photography.  With his rich experience and diverse talents, Rabbi Heilman is an ideal fit with what Barbara Morgenstern, (of blessed memory), a member of the board, called ‘our interesting, eclectic congregation.’”

Thus, the legacy of Rabbi Boaz Heilman began in Laconia, New Hampshire.  At his installation, he spoke with great anticipation about embarking on this path at this time of his life:

It did not take long for the temple members to realize just how very lucky it was that Rabbi Heilman was willing to make the trek every two weeks from Massachusetts, to lead the congregation in Shabbat services and adult education programs, to officiate at lifecycle events including weddings, funerals and bar or bat mitzvahs, coming of age ceremonies for children aged thirteen.  Rabbi Heilman also supervised the small but dynamic religious school and won the hearts of every child in the school.

On Sunday Rabbi Heilman was overcome, often stopping to collect his thoughts and emotions as he addressed the congregation.    He said “I wanted to be here” and that he did not consider it “work” as it was a joy and pleasure for him to lead this vibrant congregation.  Rabbi Boaz Heilman will be missed and will always be in the hearts and minds of the congregants of TBI.

Rabbi Dan Danson will begin his tenure at Temple B’nai Israel on July 1st.  TBI invites the community to meet Rabbi Danson at The New Hampshire Jewish Food Festival, on Sunday July 14th, 11:00 a.m. to 2:00 p.m. on the temple grounds at 210 Court Street in Laconia.  For more information visit the TBI website TBINH.org. 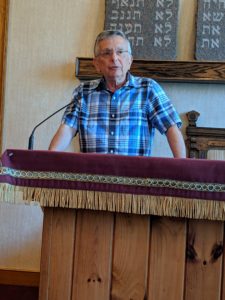 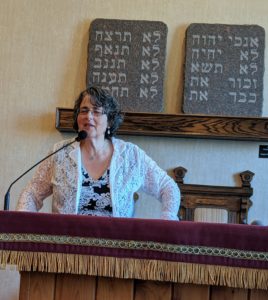 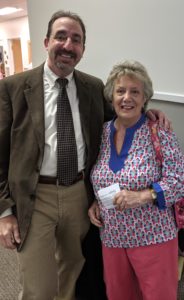 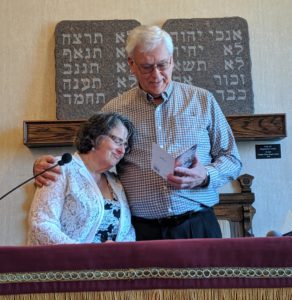 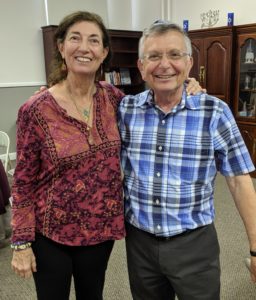 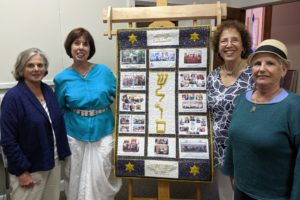 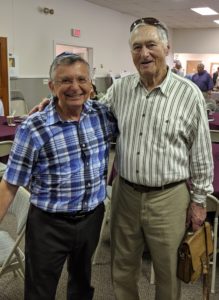 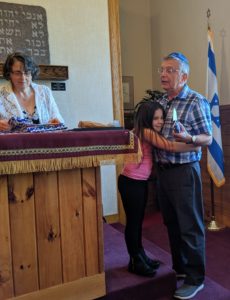 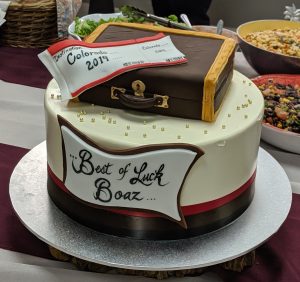