Written by
tbinh_admin
Posted in
Uncategorized 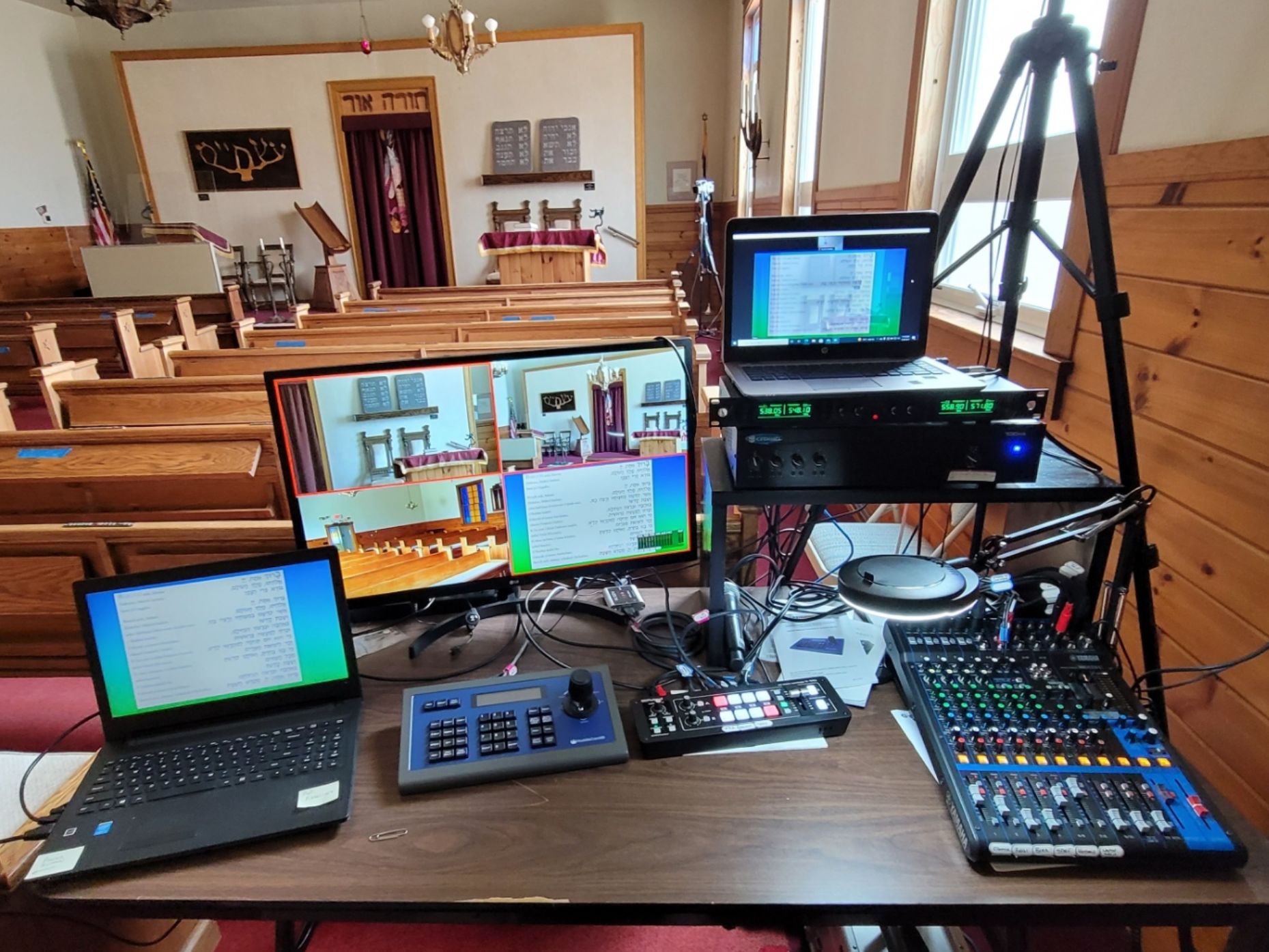 When you Zoom in to the TBI Shabbat services have you noticed how professional and seamless the production is?  The Shabbat service is warm and welcoming, even though you are experiencing it on a computer or tablet.  According to Rabbi Dan, our production setup is equal to one that a large metropolitan congregation would have, not a single camera Zoom set up that is more typical for a small rural shul.  So, how did that happen?
In late May of 2020, a task force was convened to plan how the congregation would deal with the Covid-19 crisis.  Friday night services were being held on Zoom with the congregants, the Rabbi, and Melody all participating from home. The sanctuary remained dark and the high holidays were only a few months away and this arrangement was far from optimum for those services.  The committee was challenged to design, purchase, and install a system that would allow the high holiday services to be broadcast on Zoom from the sanctuary.
With every cloud comes a silver lining. The Zoom services were drawing congregants, both current and past.  Frequency of attendance also grew.  It became obvious that the ability to attend services remotely had a positive effect on participation.  With a membership that was geographically diverse, the ability to professionally broadcast services could be something that would be very useful in the post-pandemic times offering a hybrid service with members in the sanctuary and on Zoom.
No one on the committee had the expertise to design and install the equipment to professionally deliver a first-class project.  Certainly, a camera attached to a laptop would be a short-term solution, but the quality of the image and sound would not be great.  After researching what other synagogues were doing, it was learned that Dr. Alan Kaplan in Manchester had designed systems for both his temple and other places of worship in southern NH.   The committee reached out to Alan, and he was more than willing to help design a system that would provide a quality Zoom experience for TBI that is managed by  two volunteer congregant technicians.
The system that was purchased and installed consists of:

Thanks to the Covid Tech subcommittee, Stu Needleman, Gary Broom, Dan Danson, Carl Crosley, and Ira Keltz, TBI has a professional production system.  Although it may look complicated, Stu writes a “script” that makes it easy for any TBI member to operate the controls and produce the Zoom output.
Contact Stu, stuneedleman@gmail.com, to become part of the ongoing production team.