Rabbi Dan Danson grew up in Ottawa, Canada and holds a Bachelor of Arts (Honors) in Comparative Religion from Carleton University. He was ordained as a rabbi in 1988 at the New York campus of Hebrew Union College – Jewish Institute of Religion. Following ordination he became the rabbi of Mt. Sinai Congregation in Wausau, Wisconsin and served the Jewish community of northern Wisconsin for 29 years. Like all small congregational rabbis he wore many hats including teaching Hebrew and Confirmation classes, leading adult education programs, and partnering with the congregation in many facets of synagogue organization. He was also active in the broader community in interfaith social justice work, as well as serving on many non-profit boards and committees. He was a community member on two Institutional Review Boards, at the Marshfield Clinic and Aspirus Hospital, which oversaw the ethical aspects of medical research.

Rabbi Danson has served in many facets of the larger Jewish community. He is a past president of Midwest Association of Reform Rabbis, served on faculty at OSRUI, the URJ camp in Oconomowoc, Wisconsin, and was a vice-president of the Wisconsin Council of Rabbis. Since he left Wisconsin he has been training in Clinical Pastoral Education programs and is now a board eligible chaplain. His last chaplaincy rotation was on the palliative care unit at Mount Sinai Hospital in Manhattan. He is also completing a Doctor of Ministry in pastoral counseling at Hebrew Union College in New York.

Rabbi Danson will be finishing his commitment to TBI on June 17th as he and his wife Dr. Julie Luks, also recently retired, will begin a new chapter together in their home in New York.  Rabbi Dan has enjoyed the rich Jewish life that TBI offers in the Lakes Region of New Hampshire.  He has been particularly inspired by the congregation’s dedication to community service, spiritual connections, and personal warmth.  The members of TBI wish Rabbi Dan and Julie a fond farewell. L’Hitraot – until we meet again. 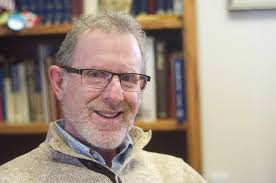