For 25 years, members of Temple B’nai Israel welcomed the Lakes Region community to their doors to experience traditional Jewish cuisine and culture.  Recently, the production team from WMUR’s New Hampshire Chronicle visited Temple B’nai Israel to see just how it’s done. The segment will air on Wednesday, June 22 at 7:00 pm featuring the people and the process of making several hundred cheese blintzes, a tried-and-true favorite on the Jewish Food Festival menu.

The film crew arrived at TBI with the kitchen already running at full speed.  A team of about a dozen people were mixing, blending, frying, filling, folding and wrapping blintzes that were then frozen in packs of 6.  The team takes great care to follow the long-standing recipe that has been used since the beginnings of the Jewish Food Festival. The cooking team at TBI that day included one of the creators of the Jewish Food Festival, Irene Gordon.  Under Irene’s guidance, the festival developed into one of the most iconic events during the summer in the Lakes Region.  This long-standing history is what caught the attention of Mary-Paige Provost, producer of Chronicle.  When Ms. Provost was contacted by TBI, she was excited at the opportunity to create a segment that would feature going “behind the scenes” in the TBI kitchen where the magic happens to create the foods that make the Jewish Food Festival what it is today.

Over the years there have been many changes to the Jewish Food Festival, but the consistent component is the food, which is what the New Hampshire Chronicle segment will highlight.   At the end of the filming session there was a table set for the crew to sample the blintzes that were made that day, fresh from the frying pans, along with a taste of potato latkes, beef and potato knishes, and rugelach, a crescent-shaped pastry that was brought to America by the immigrants from Eastern Europe in the early 1900s.  No one would let them leave hungry, and without goody bags to take home.  The TBI cooks, all mavens (experts) in their own kitchens, know that it’s about the food and if the products are not unsurpassed, then they haven’t done their job.

Tune in to WMUR on Wednesday,  Chronicle can also be seen live-streamed at https://www.wmur.com/chronicle#.

Order soon as quantities are limited – Click Here to Place Your Order Today! 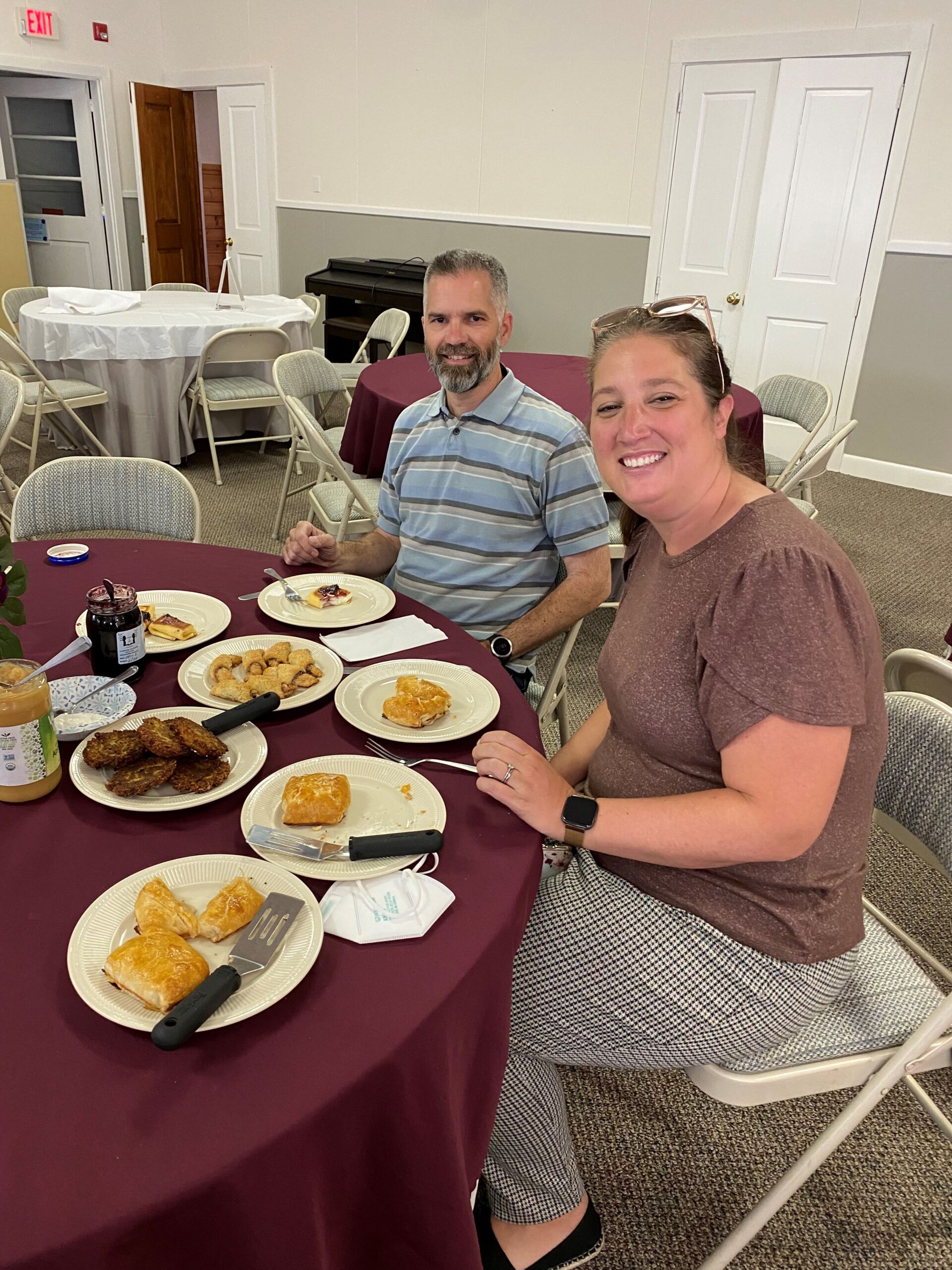 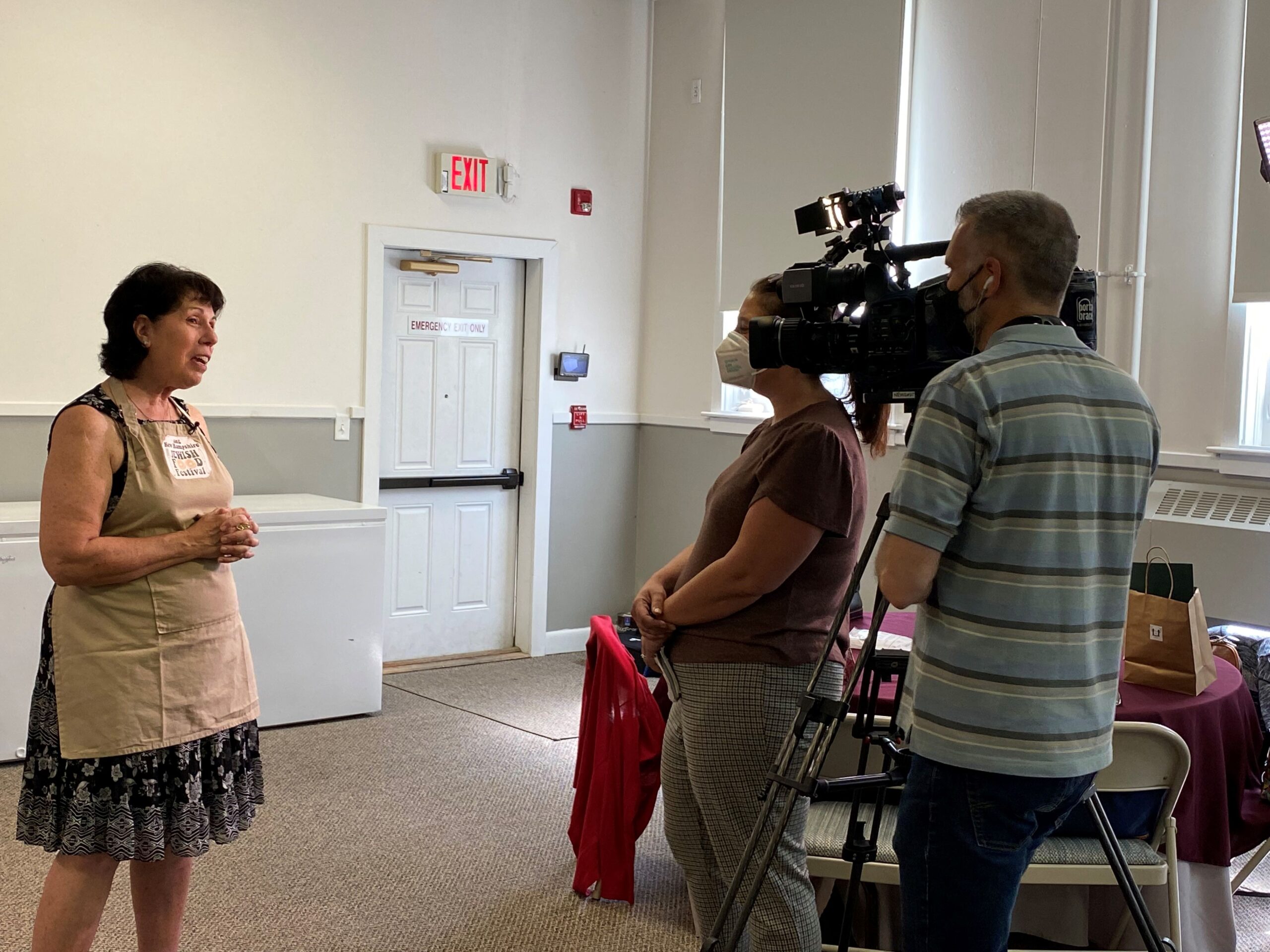 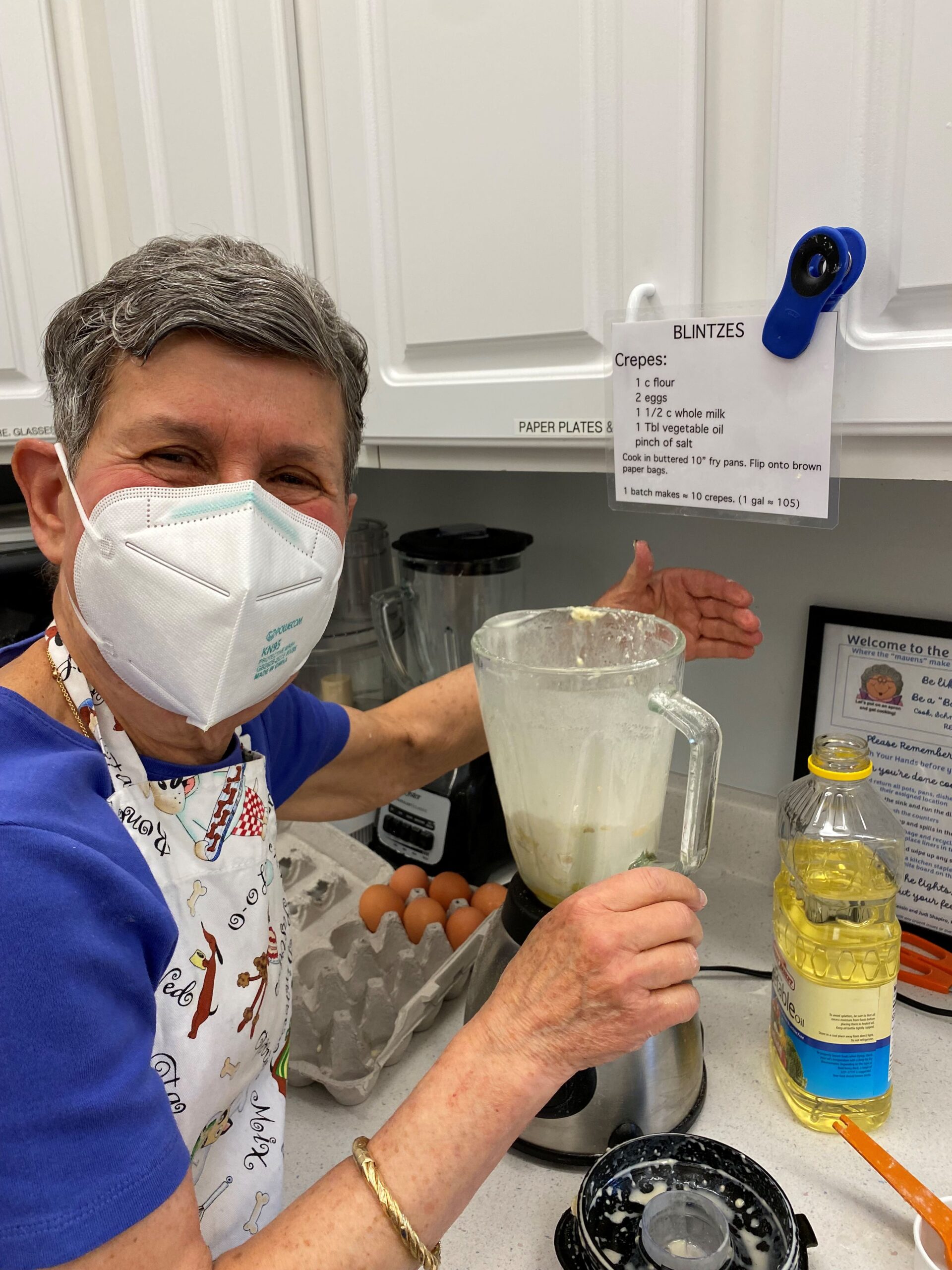 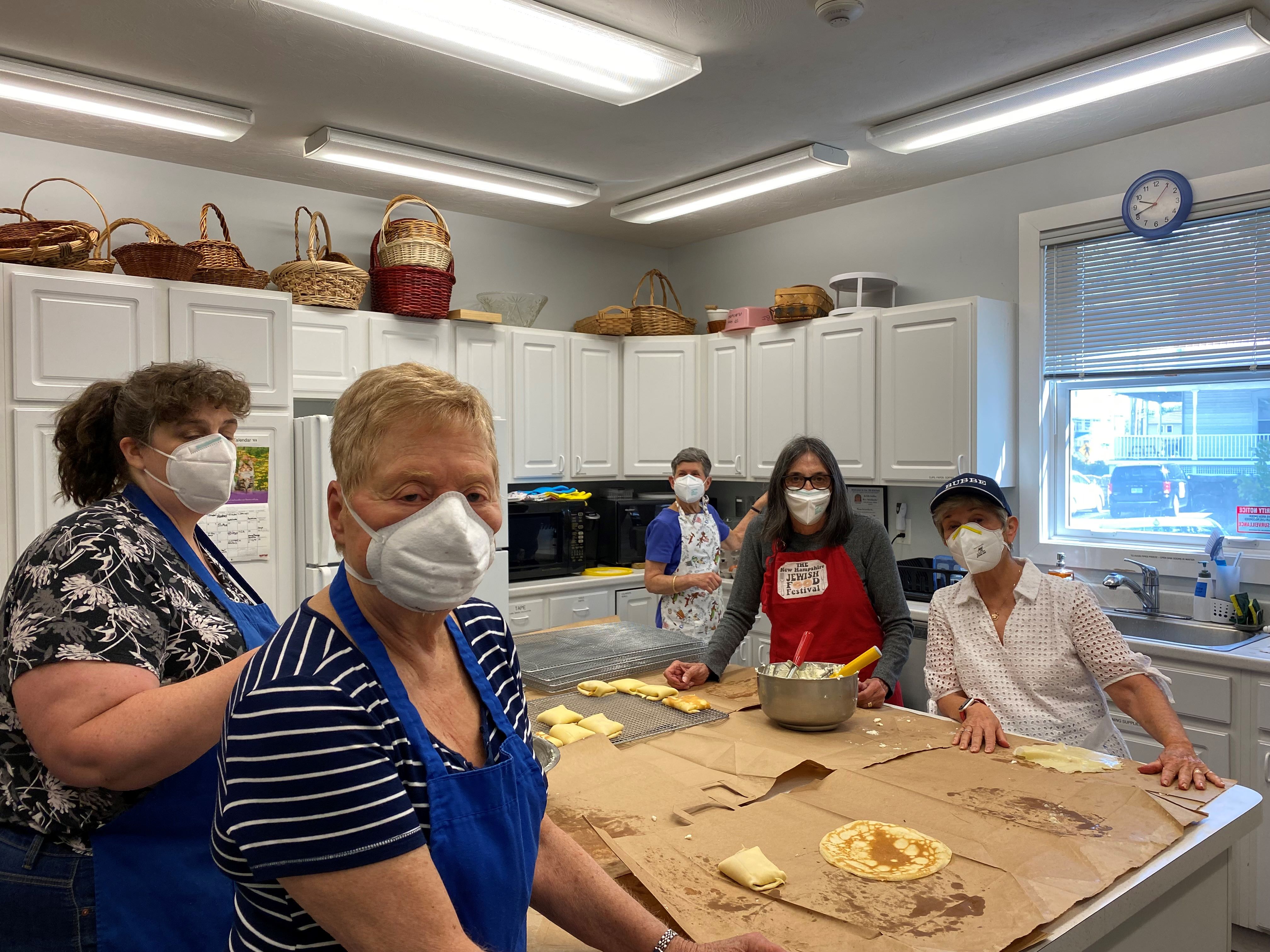